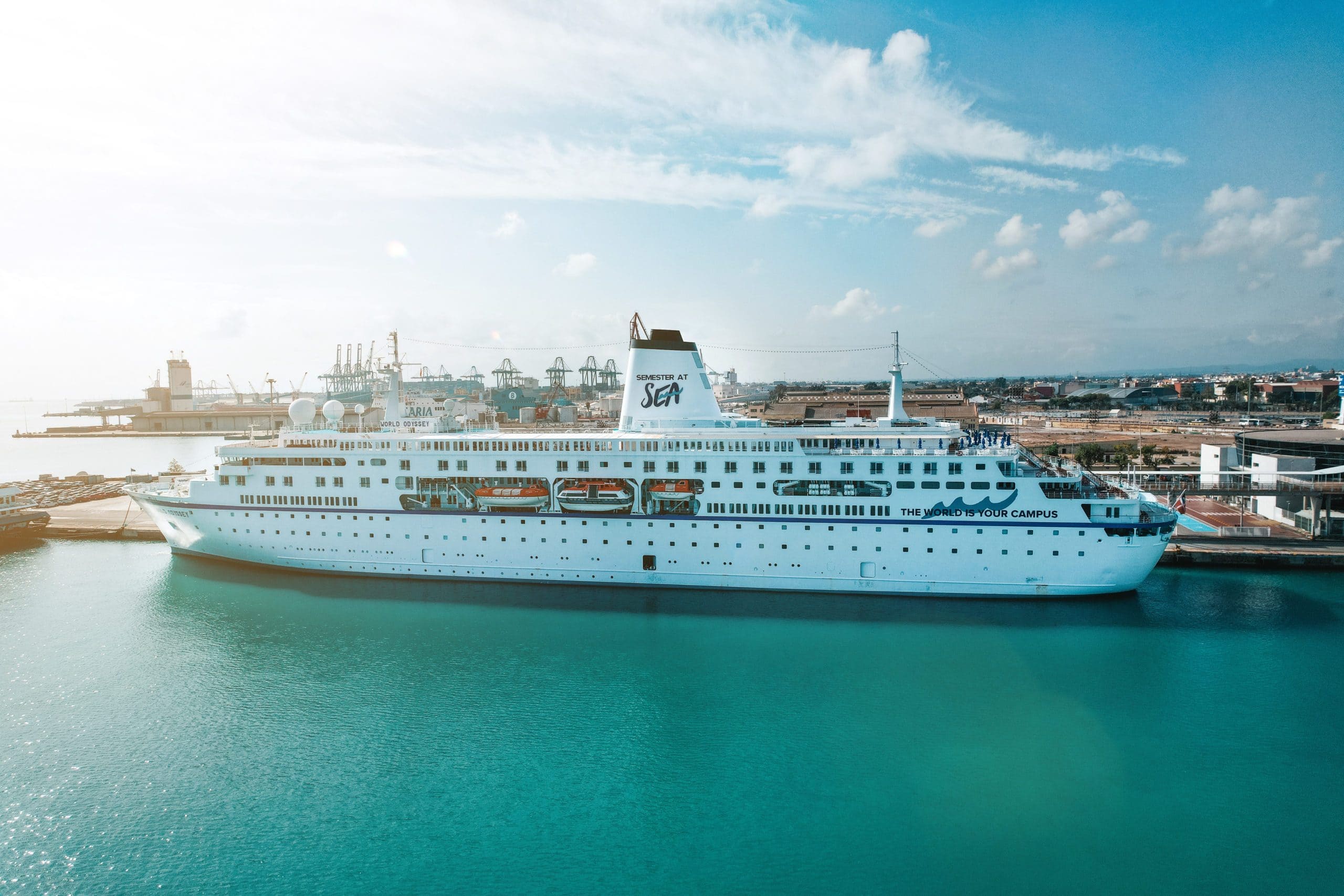 On Monday, October 10 at 0900 ship time, a current Semester at Sea voyager alerted the captain and crew of the MV World Odyssey to the presence of a small vessel that was signaling distress by the waving of a red cloth or life jacket as the ship passed. The bridge was unable to establish contact with the craft and diverted from its heading toward Dubrovnick, Croatia, to determine if aid was required.

The crew notified the Coast Guard of the small vessel’s signal and its path heading toward the island of Cabrera. Our ship was asked to remain with the craft until a dispatched rescue craft arrived, which it did for approximately two hours after the original sighting. Students, faculty, staff and crew on board reportedly observed 12 adults and one small child on the vessel who were able to board the rescue cutter once it arrived.

Prior to the arrival of the cutter, the World Odyssey crew maintained a close watch, prepared lifeboats in case they were needed, and communicated to the boat that help was coming.

As the Associated Press has reported recently, the Mediterranean is a perilous crossing for those in small crowded vessels similar to the one spotted by a current voyager. Due to the attention and concern of our community, this group was transported to safety.

This temporary diversion did not alter the scheduled itinerary and the ship is currently on course for an on time arrival to Dubrovnik, Croatia on Sunday, October 16.